Denver Broncos: Nate McCrary a dynamic addition at running back 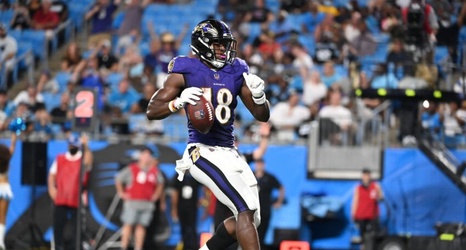 The Denver Broncos surprisingly claimed a rookie running back off of waivers, stealing Nate McCrary from the Baltimore Ravens. What does he bring?

Denver Broncos general manager George Paton made an interesting comment after the team finalized its initial 53-man roster about a desire to improve the “team speed”. That was obviously emphasized throughout the 2021 offseason, Paton’s first on the job in the NFL as a GM.

The team speed in Denver has noticeably improved, and that is going to loom absolutely large as the Broncos attempt to compete in a division with so much speed already.