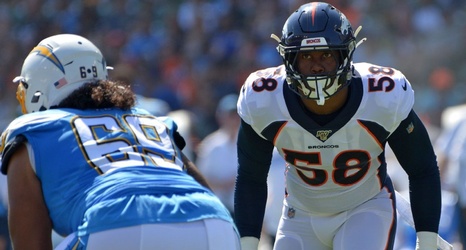 ENGLEWOOD, Colo. -- Denver Broncos linebacker Von Miller reported for his 11th season Tuesday and while he has always hoped to be a "Bronco for life" he says as he enters the last year of his contract he wants to play several more years and is "at peace" if that is eventually somewhere else.

"I would like to keep playing, whether that's here with the Denver Broncos or somewhere else, I'm totally at peace with that," Miller said as the Broncos veteran players reported Tuesday for training camp. "I want to play five to seven more years, I think I said that a couple weeks ago.