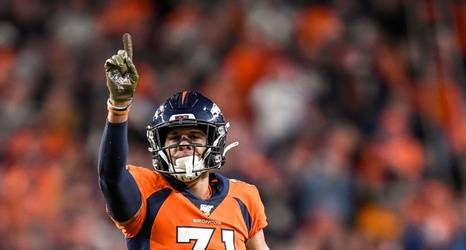 DENVER, CO - NOVEMBER 3: Justin Simmons #31 of the Denver Broncos celebrates a defensive stop against the Cleveland Browns in the fourth quarter of a game at Empower Field at Mile High on November 3, 2019 in Denver, Colorado. (Photo by Dustin Bradford/Getty Images)

Justin Simmons just re-signed for a four-year, $61 million dollar deal with $35 million being in guarantees this offseason with the Denver Broncos, making him the highest-paid safety in the NFL.

It was a long time coming for the All-Pro and Pro Bowler. Many of the Denver Broncos’ players see Simmons as one of the core players on the roster and as a leader for this team.