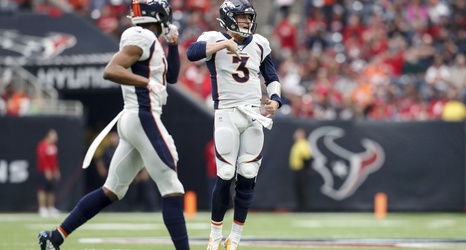 For four years, the Denver Broncos have been waiting for something -- anything -- that looks even remotely close to a long-term option at the quarterback position.

Trevor Siemian won 13-of-24 starts with the team after taking over the starting job in 2016, but it was always clear that he wasn't going to be a long-term option as a starter, even as a 'system' quarterback.

Paxton Lynch proved quickly that he wasn't NFL material, and both Case Keenum and Joe Flacco were unable to reach their respective best-case scenarios.

Six quarterbacks have started for the Broncos since Peyton Manning retired, including those four along with Brock Osweiler and Brandon Allen, and the seventh quarterback to start in the post-Manning era just might be the Broncos' long-term solution.