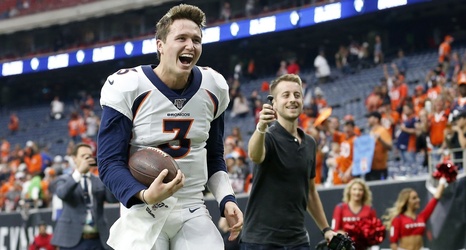 Well Broncos Country, our Denver Broncos have been eliminated from the postseason. But I am pretty certain that the majority of the fans did not think that playoffs were a possibility. I would say at least next year, the team should compete for a playoff spot.

But there is a lot of promise for this team in 2020. It seems that Denver might have their quarterback (we need to see a bit more, but it is promising) and some younger guys making their presence known. Once the team gets a healthy Bradley Chubb and De'Vante Bausby, along with drafting and signing key players, this team should be a solid one going forward.