Denver Broncos: Drew Lock must take it one day at a time 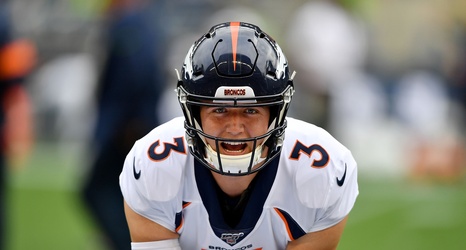 The Denver Broncos selected quarterback Drew Lock out of the University of Missouri in the second round of the 2019 NFL Draft. There’s a misconception going around some in Broncos Country that the team does not value Lock as the future starter, and that to me is not true.

Lock steadily moved up the depth chart to number two over the course of the preseason and training camp. The expectation was Denver was going to roll with Kevin Hogan as the backup to Joe Flacco, but his play continued to open the door for Lock to become the backup.