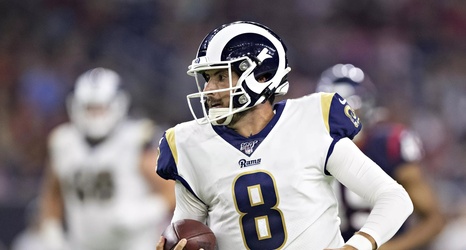 Former Rams' QB Brandon Allen, released this weekend, was claimed on waivers today by the Denver Broncos, per source. Allen now will be Denver's No. 2 QB, backing up Joe Flacco.

Allen was drafted by the Jacksonville Jaguars back in the sixth-round of the 2016 NFL Draft.