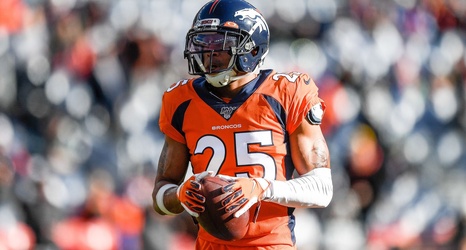 Denver Broncos star cornerback Chris Harris Jr. is expected to test the free agency market in the new league year in 2020. Most people expected this to be the case after the two sides could not agree on a long-term contract extension—the team gave him a pay raise though.

While Harris Jr. is expected to test free agency, there seems to be a stronger possibility of him staying in Denver long-term.

The reason? None other than 2019 second-round pick, quarterback Drew Lock, who went 4-1 since taking over as the starting quarterback following a long recovery from a thumb injury.