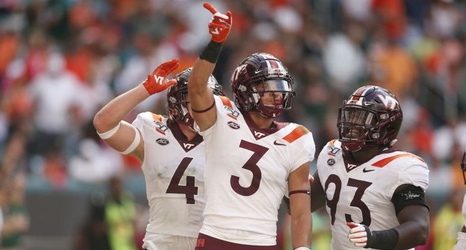 The Denver Broncos are heavy favorites to draft a cornerback with the ninth overall pick. That being said, the NFL Draft is very unpredictable to a point. Anything can happen.

As Benjamin Allbright points out, the Broncos very well could be looking somewhere else—not at cornerback. Possibly not even picking in their current slot.

Caleb Farley seems to be mocked to the Broncos the most times out of any other prospect. He’s the perfect fit for the Broncos and Vic Fangio’s defense, but what if he’s not there?