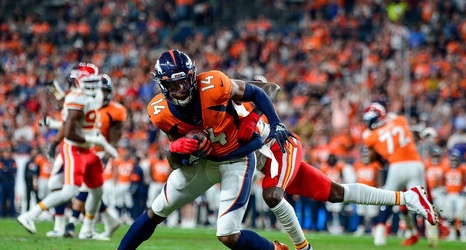 Just as the trade of Emmanuel Sanders to the 49ers has implications about the rest of the Broncos’ 2019 season, it carries implications for the players staying in Denver. Of these, Courtland Sutton’s confirmation as the Broncos’ top WR and top overall receiving option is easily the biggest.

That’s not to say it’s anything like a surprise, though. After a respectable rookie year with 704 yards and 4 TDs caught amid struggles with drops, Sutton has already been on a true breakout campaign in his second season. Through 7 games, he’s been on pace for a 1,300 yard season with 7 or so TDs.