Chiefs lean on defense to beat Patriots in New England 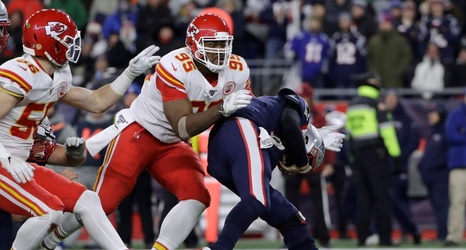 KANSAS CITY, Mo. — Patrick Mahomes and the Kansas City Chiefs have won plenty of games the past couple of years with their offense.

On Sunday, the Chiefs won one with their defense.

The much-maligned group, which underwent a massive offseason overhaul, played unquestionably its best game of the season in helping Kansas City to a 23-16 victory in New England. The win over Tom Brady and Co. not only served to put a bit of salve on the sting of last year’s overtime loss to the Patriots in the AFC title game — when the defense was unable to get off the field in overtime — but it also allowed the Chiefs to wrap up their fourth straight AFC West title.