Chargers’ Keenan Allen doubles down on diss of Chris Harris, even after the Broncos cornerback held him to 18 yards receiving 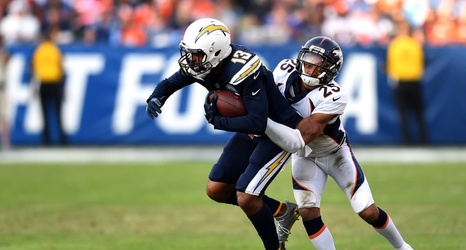 After Broncos cornerback Chris Harris held Keenan Allen to four catches for 18 yards in a win over the Chargers last Sunday, the Los Angeles wideout took a dig at Harris in an Instagram comment.

When asked by local media to confirm that comment on Thursday, Allen doubled down, saying, “Is it true? Go watch the film. This is not a secret.”