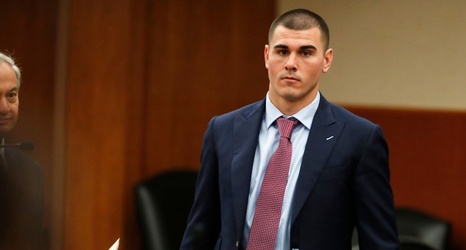 Former Broncos quarterback Chad Kelly, who was arrested last year after stumbling into an Englewood couple’s home following a Halloween party, is accused in a lawsuit of assaulting a videographer at the same event, breaking the man’s nose while causing a concussion.

In a lawsuit originally filed in Arapahoe County District Court, Jackson Belcher claims that he was working at Broncos linebacker Von Miller’s party at the Gothic Theatre in Englewood on Oct. 22, 2018, when Kelly confronted him out of nowhere and shoved him before punching him in the nose.

“Kelly was obviously intoxicated, enraged and highly aggressive,” the lawsuit said, adding that the quarterback was “belligerent, angry and out of control.