Calvin Anderson recalls his first NFL start with the Broncos 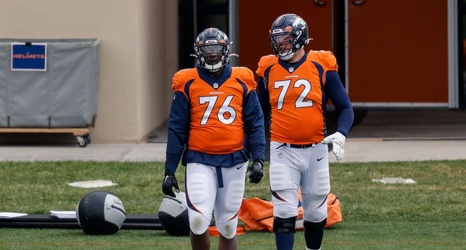 Calvin Anderson had a memorable Sunday this past season.

To say the least.

To get specific, it was Week 14 on Dec. 13 in Charlotte. That’s when he was informed he was starting at left tackle for the Denver Broncos.

It was Anderson’s first start of his NFL career.

Garett Bolles had to miss the first game of his career because of a non-COVID-19 illness. Bolles woke up that Sunday morning not feeling well. The Broncos were also without Demar Dotson.

On Friday’s Broncos Country Tonight, Ryan Edwards and Benjamin Allbright chatted with Anderson about what that experience was like.