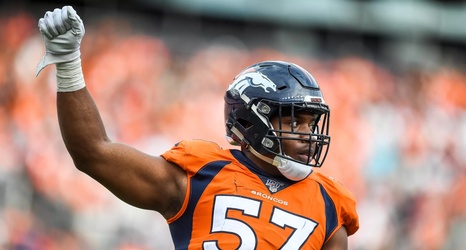 Ja’Wuan James was inactive because of injury along with Todd Davis, Andy Janovich, Bryce Callahan and Joe Jones. The two healthy inactives were Juwann Winfree and Mike Purcell. Relative to game one, Corey Levin was released and then resigned to the practice squad and Dre’Mont Jones was active instead of Mike Purcell.