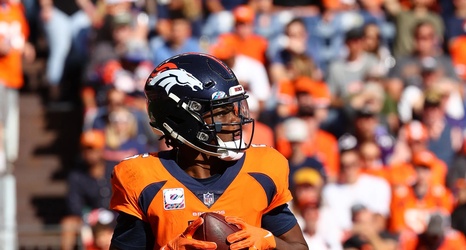 The Denver Broncos are working through some injuries early this season. While they have designated cornerback Ronald Darby to return from injured reserve, there is not guarantee he plays against the Pittsburgh Steelers. All that did was open a 21-day window where he could be activated.

For today, the Broncos were down quarterback Teddy Bridgewater, wide receiver Diontae Spencer, cornerback Patrick Surtain II, and running back Melvin Gordon. Meanwhile, inside linebacker Baron Browning, outside linebacker Andre Mintze, and both guards Dalton Risner and Graham Glasgow were all limited on Wednesday.

The Steelers sat quarterback Ben Roethlisberger as he nursed both a pectoral and hip issue, but there have been rumors that the team might be looking to bench him anyway.