Broncos struggle to explain porous run defense in loss to Jaguars: “We got whipped” 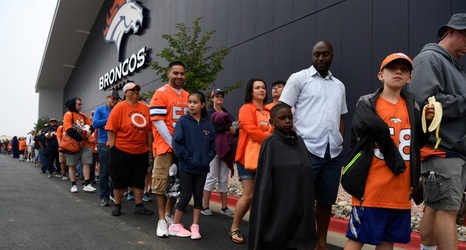 Broncos coach Vic Fangio needed only three words to describe what happened to the Broncos’ run defense Sunday afternoon against the Jaguars.

The Jaguars beat the Broncos, 26-24, and among the variety of factors that led to defeat none were bigger than Denver’s inability to stop Leonard Fournette. The bruising 228-pound Jacksonville running back carried the football 29 times for 225 yards — with 143 of those coming in the third quarter.

Linebacker Todd Davis: “I really don’t know what it was.