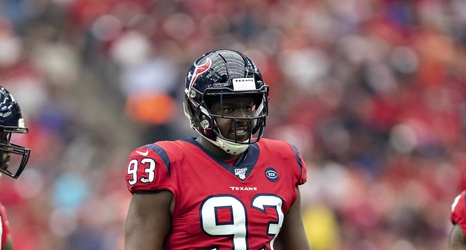 The Denver Broncos have signed fifteen players to future contracts and claimed fourth-year nose tackle Joel Heath of waivers. All transactions will be processed at the beginning of the league year on March 18th, 2020.

Heath, a 6’6” 302 pound nose tackle, was waived by the Houston Texans on Saturday. He’ll be a member of the Broncos the day after Super Bowl LIV on February 3, 2020. In four seasons, Heath has appeared in 32 career games and started in 16 of them.

The full list of 15 players signed to future contracts has a lot of familiar names.