Broncos Scouting Report: How Denver matches up against the Browns and predictions 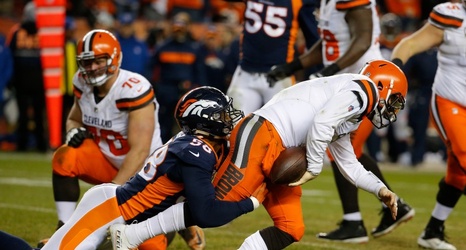 With Joe Flacco sidelined with a herniated disc in his neck, Brandon Allen will become the 11th Denver quarterback drafted in the sixth round or later to start a game for the team. When Flacco is placed on injured reserve (likely), Denver will be the only team to not have a QB on its roster (Allen, Brett Rypien and Drew Lock) who’s taken an NFL snap.