Broncos safety Kareem Jackson all business in return to Houston 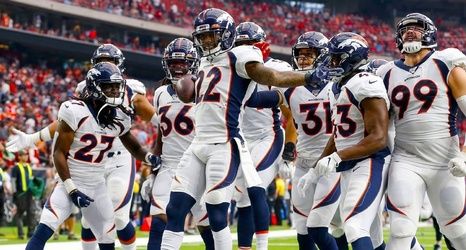 HOUSTON -- Denver Broncos safety Kareem Jackson did his best over the past week to deflect questions about his return to Houston, the city he called home for nine seasons.

On Sunday, his actions spoke far more loudly than his words. Jackson, a first-round pick by the Texans in 2010, starred as he and the Broncos rolled to a 38-24 victory over the Houston Texans.

"He kind of put us in that spirit of that 2015 playoff run," Broncos linebacker Von Miller said. "I said it [Saturday] night, let's do it for KJ.