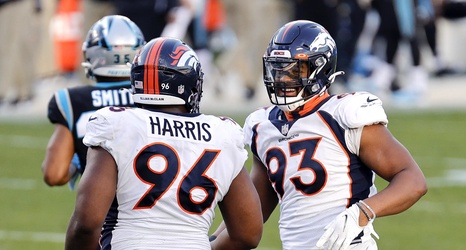 A year ago at this time, ESPN listed Dre’Mont Jones as a candidate for a breakout season.

Around a month and half later, the Denver Broncos defensive end/lineman hurt his knee against the Pittsburgh Steelers and missed three games thanks to the bye in Week 5.

Despite the injury, Jones still finished the season with 38 tackles (23 solo), 6.5 sacks and two passes defended.

With Jones set to enter his third season, it appears he’s set to start on the Broncos defensive line in 2021.