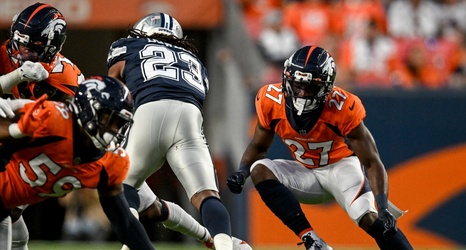 Step 1 as an NFL rookie? Prove you’re not lost in space.

Consider that box checked for Broncos rookie cornerbacks Damarri Mathis and Faion Hicks, both of whom have seen considerable action on defense and special teams during training camp and the first preseason game.

“Both those guys have exceeded my expectations,” coach Nathaniel Hackett said after practice Wednesday. “Anytime you’ve got rookies coming in, you always have second-guesses as a coach as to how much they’re going to be able to contribute to your team. And I think for both those guys, both on special teams and defense, they have shown that the (the stage) is not too big for them.