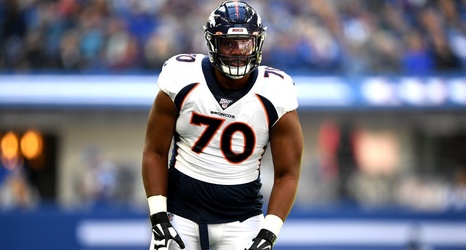 The Broncos’ offense experienced a scoring breakthrough in Sunday’s 38-24 win over the Houston Texans.

And so did right tackle Ja’Wuan James — his 31-snap first-half appearance came and went without incident (another left knee injury).

Per The Denver Post’s game charting, James’ play was clean. No penalties. No allowed quarterback disruptions. No “bad” run blocks.

“I was just trying to go in there and knock the rust off,” he said. “I need to get used to it a little bit.”

James admitted a barrier was crossed by returning after being injured against Oakland on Sept.