Broncos react to Browns-Steelers brawl on Thursday Night Football: “It was bad by all parties involved.” 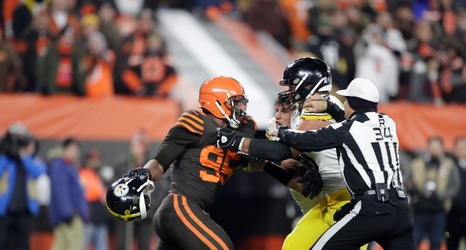 On Friday, the Broncos’ reaction to Thursday night’s brawl between the Cleveland Browns and Pittsburgh Steelers was as wide-eyed as the national television audience who witnessed the violence.

“It was bad by all parties involved,” Broncos coach Vic Fangio said. “It’s an unfortunate thing that happened, and guys are paying a steep price for it. It’s no good (for the league).”

Both organizations were fined $250,000 because of the fight and three suspensions were dolled out, most notably an indefinite ban to Cleveland defensive end Myles Garrett for using a helmet as a weapon.