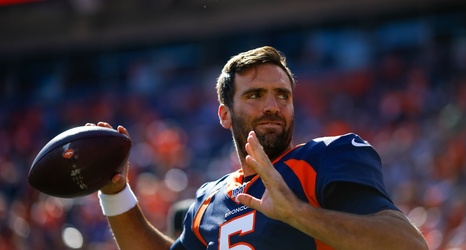 When it comes to the quarterback position for the Denver Broncos, there is no doubt that Drew Lock is the future. During the 2019 offseason, the team traded for Joe Flacco to help and give a veteran presence and hopefully become a mentor.

Flacco would end up starting the first eight games of the 2019 season. But his numbers were really poor for a former Super Bowl 47 MVP. As a matter of fact, I gave him a pretty bad grade in my quarterback grades for 2019. With only two wins in eight games, it was apparent that he was not the answer.