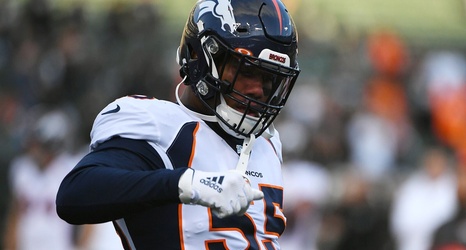 According to reports, Denver Broncos star pass rusher Bradley Chubb is expected to be ready for Organized Team Activities (OTAs) in April after suffering a torn ACL in the team's week four loss to the Jacksonville Jaguars.

Chubb's unfortunate ACL injury derailed his 2019 season prematurely and abruptly. Chubb’s health and patience are paramount for Denver’s pass rush to be excellent with Von Miller.

Having Chubb back will be a huge plus for a Denver defense that was already the best in the NFL last year in red zone touchdowns allowed.

Chubb is a strong and gifted pass rusher capable of being a game wrecking player like the Batman next to him in Miller.