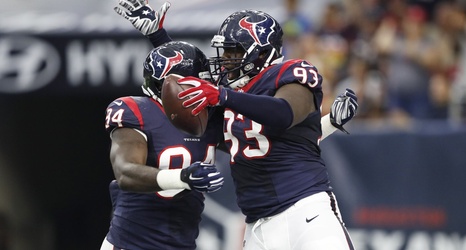 The Denver Broncos were officially awarded defensive lineman Joel Heath from the Houston Texans off of waivers the day after Super Bowl LIV, per the NFL's transaction wire.

Heath, an undrafted free agent of the Texans back in 2016, has been on and off the Texans' roster quite a bit over the course of the last four years. He developed into a starter for the team as a rookie, if only on a part-time basis, starting 15 of a possible 25 games over his first two seasons in the league.

Checking in at 6-foot-6, 303 pounds, Heath is an ideal fit for a defensive end role in a 3-4 defensive alignment, which is obviously what the Broncos run under Vic Fangio and Ed Donatell.