Broncos offensive line a position of strength in 2020? 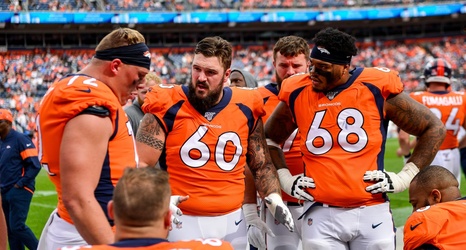 The presumptive starting five for the Denver Broncos' offensive line is slated to be Garett Bolles at left tackle (hold the applause), Dalton Risner at left guard, rookie Lloyd Cushenberry at center, Graham Glasgow at right guard, and Ja'Wuan James at right tackle.

Contrary to popular opinion, Bolles has been an above-average left tackle with a high ceiling and certainly seemed to improve with Drew Lock's ability to move around.

Dalton Risner looked like a career starter in the making at left guard after being a staple as a rookie.

Cushenberry is thought to be an instant NFL starter at center shifting Glasgow back to his most natural position of right guard, and then we have Ja'Wuan James who, when healthy, brings Pro Bowl pedigree to the right tackle position.