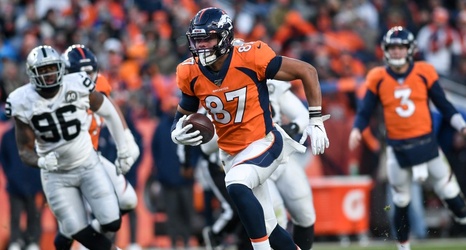 A pair of first-year Broncos players were honored on Tuesday.

Fant, Denver first-round pick last year, led all rookie tight ends in receptions (40) and yards (562). He was tied for second in touchdowns with three.

Risner, 24, was selected by the Broncos in the second round with the 41st overall pick in 2019. Risner started all 16 games for Denver.

Here is the full roster: