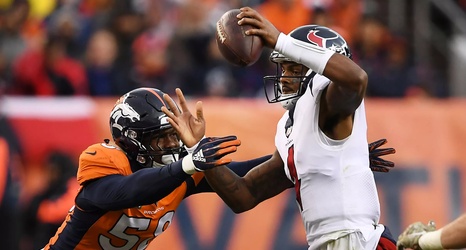 The saddest part of listening to Von Miller talk about how it felt to sit out his first game last week since 2013, wasn’t so much him saying he “cried real man tears” at having to be on the sidelines.

It was watching him recount the end of the game, still giddy at the excitement of the last-second win, and then realize he wasn’t out there “with his guys” making that victory happen.

“When B-Mac kicked that kick though, I didn’t feel my knee or any of that,” Miller said. “I was running out on the field like, ‘Let’s go.