Broncos’ Melvin Gordon “very confident” in ability to win starting running back job, help Denver get back into contention 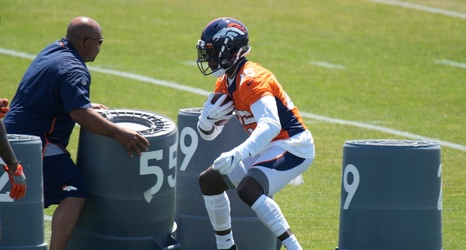 Beginning with mandatory minicamp Tuesday, the writing is on the whiteboard for Melvin Gordon.

After the Broncos traded up in the draft’s second round to select to Javonte Williams, Gordon will have to earn his role as the team’s No. 1 tailback.

That’s just fine with the 28-year-old Gordon, who said he remains “very confident” in his ability to win the job while also getting the Broncos back into contention following a five-year playoff drought.

“I’m going to go out there, do my job and compete, and wherever the cards fall, they fall,” he said. “I can’t worry about (the positional battle) too much, even I know that’s kind of the talk right now.