Broncos’ LB Justin Strnad building case for 53-man roster: “It makes you work harder when the pressure’s on” 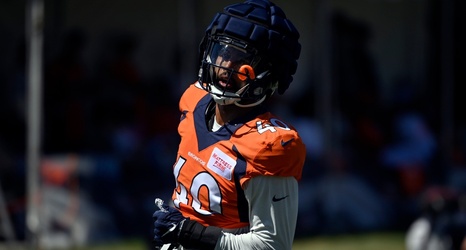 It was Week 2 last season at the team hotel in Jacksonville.

Justin Strnad, a Broncos inside linebacker, was picking starter Josey Jewell’s brain. Before Strnad grabbed his iPad to watch more film, he quipped how unlikely it was that his extra game preparation would matter.

A day later, Jewell sustained a torn pectoral muscle while covering a punt.

“And I’m thrown into the fire,” Strnad said.

Jewell’s season-ending injury reinforced how fluid life in the NFL can be. Strnad had missed his entire rookie season in 2020 following wrist surgery and didn’t need the reminder.