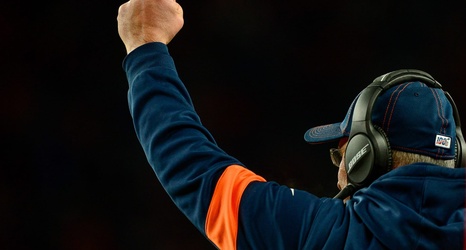 Denver Broncos head coach Vic Fangio is blazing a trail in 2020 at the NFL Scouting Combine in Indianapolis, something other coaches around the league could wind up following.

According to ESPN NFL insider Adam Schefter, Fangio is leaving his assistant coaches in Denver this year and attending the combine alone as far as the coaching staff is concerned. It's an unconventional approach, but it's something Sean McVay of the Los Angeles Rams is also doing and Schefter seems to think other coaches around the league could soon follow suit with.

Initially, this is a move that seems to make little sense.