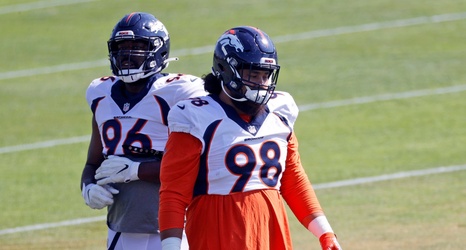 Editor’s note: Second in a series previewing each Broncos position group entering the start of training camp on July 27.

When their Week 1 starting defensive line was either lost for the season due to injury or had their year interrupted because of a positive COVID-19 test, the Broncos searched and scrambled for reinforcements.

Unlikely to make the roster when training camp began, DeShawn Williams started 11 of 14 games. Not on a team in August, Sylvester Williams’ second tour with the team included eight games.