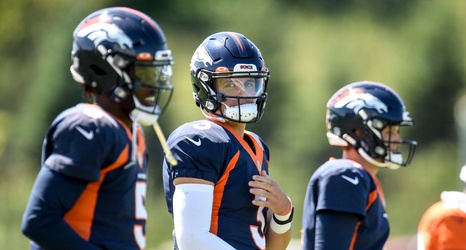 Nearly a month of training camp and two preseason games have not provided enough evidence for Fangio to choose Teddy Bridgewater or Drew Lock as the starting quarterback for the team’s season opener at the New York Giants on Sept. 12.

Bridgewater and Lock have each started one preseason game and Fangio said he is undecided who will start Saturday against the Los Angeles Rams or if both will even play.

Quarterback talk commanded the most attention during Fangio’s nine-minute briefing with reporters — his first availability since last Saturday’s win at Seattle.