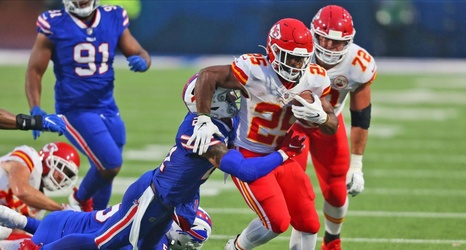 When the Broncos were unable to compete with the Kansas City Chiefs last year, losing by 24 and 20 points, they had to deal with quarterback Patrick Mahomes, tight end Travis Kelce and a fleet of receivers led by Tyreek Hill.

The Chiefs used their first-round pick on Edwards-Helaire, who has 505 yards rushing and 21 catches, and signed Bell last week after he was released by the New York Jets.

“Believe it or not, they’re a better offense than they were last year because of the addition of Edwards-Helaire,” Fangio said.