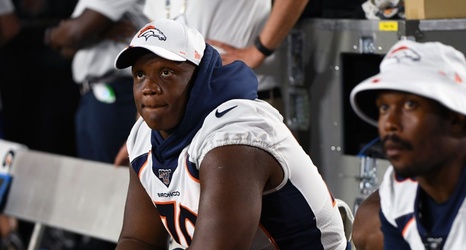 James signed a four-year, $51 million contract with the Broncos ($27 million guaranteed) in March to solidify a position that has been a revolving door. But he was injured 10 snaps into the season opener at Oakland.

“If we had had a normal week, Ja’Wuan could have probably played (against Kansas City), but he didn’t feel comfortable, nor did I, with putting him out there without practice time,” Fangio said Friday.

James has yet to go through a full practice.