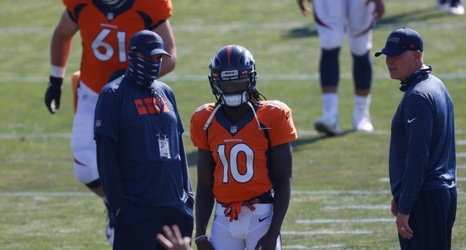 “Right now, we’re just trying to get (Jeudy) to catch the (punt),” McMahon said. “He didn’t catch them at Alabama. He would, in my opinion, be more of an emergency guy. He does catch the ball well but he hasn’t caught one amongst the traffic or returned one before he got here.”

McMahon won’t have the benefit of preseason games to decide on a kick/punt returner for the Sept.