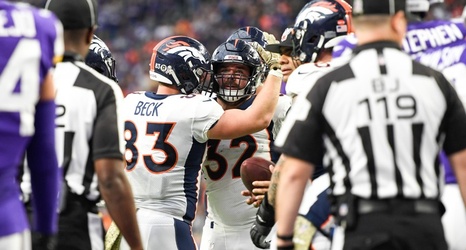 Pre-practice stretching alongside his fellow tight ends before moving over to the running backs for individual drills was Andrew Beck’s new routine with the Broncos on Wednesday.

A tight end by jersey number (83) and by trade (college/NFL), Beck is now the team’s main fullback following Andy Janovich’s season-ending elbow injury against Minnesota. The Broncos liked Beck’s play enough in Weeks 1-3 while filling in for Janovich (pectoral injury) that they didn’t sign a true fullback this week.

“I was brought in to fill multiple roles and this is one of them,” Beck said. “It’s a chance to continue to build on what I’ve already done.