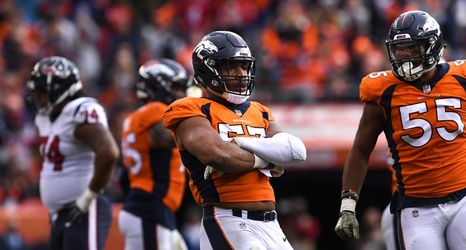 Walker had four sacks in the first eight games, but sustained an AC joint injury in his right shoulder during practice leading into the Cleveland game on Nov. 3. He missed that game and was a healthy scratch the past three games because the coaching staff was pleased with Adam Gotsis’ production.

“Finish strong; that’s the biggest thing,” Walker said. “Just keep doing what I was doing in the beginning of the season and take advantage of my opportunities.