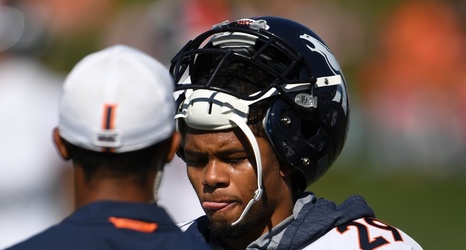 Cornerback Bryce Callahan’s first year with the Broncos will end without appearing in a game.

Coach Vic Fangio said after practice Friday that Callahan will be placed on injured reserve and will need foot surgery to replace a bent screw that was initially installed last December.

Signed to a three-year, $21 million contract in March to serve as the No. 2 corner behind Chris Harris, Callahan was shut down after getting stepped on in practice July 27. He was a limited practice participant five times in Weeks 1-2 before being shut down for 4-6 weeks after receiving stem-cell treatment.