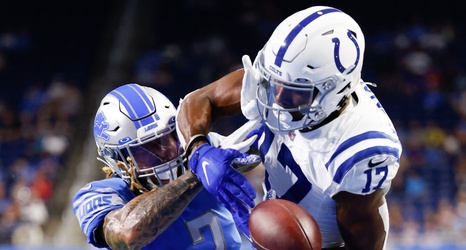 The Broncos were active on the waiver wire Wednesday, adding cornerback Mike Ford from the Detroit Lions and running back Nate McCrary from the Baltimore Ravens.

The team must make two corresponding roster moves to make room for Ford and McCrary on the 53-man roster.

Yesterday, general manager George Paton said cornerback Michael Ojemudia (hamstring) and running back Mike Boone (quad) would be placed on injured reserve/eligible to return and that offensive tackle Cam Fleming and defensive lineman Shamar Stephen would be back, so the Broncos have some juggling to do.

Ford, 26, played at Southeast Missouri State and is listed at 6-feet and 198 pounds.