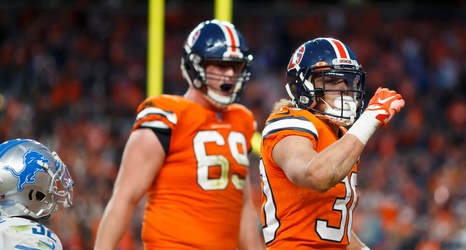 I kind of expected the offense to play well coming into this game, but when I heard that a handful of starters had been sick with the flu, I was somewhat worried.

I expected our defense to get worked, though. This defense has lost so many starters at this point that I expected even a rookie QB, David Blough, to slice off big chunks of passing yardage. I was pleasantly surprised by both the defense and the seventh string guys who were playing on the offensive line by the end of the game.

Here are ages of the players who played the most at each position on offense for the Broncos:

The defense allowed only 10 points.