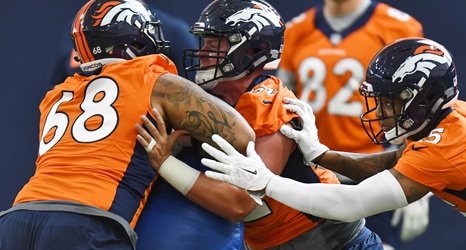 Elijah Wilkinson is yet another undrafted guy who could carve out a role on this Broncos team, who has a history of finding hidden gems from the college free agent ranks.

Wilkinson was signed as an UDFA out of UMass in 2017, where he spent the majority of his career playing right tackle.

Brought into camp in 2017 as a long shot, Wilkinson brought value with his versatility as he showed ability at both guard and tackle.