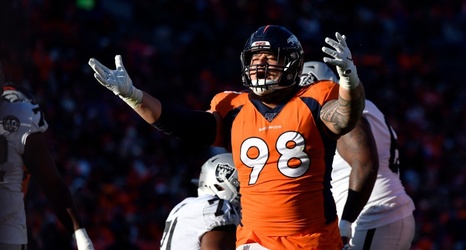 After washing out with six NFL teams, and a stint in the failed AAF, Mike Purcell made the most of his opportunity with the Broncos in 2019. The Denver native made the team out of camp, earned a role on a vulnerable defense in Week 5 and proceeded to cement himself in the lineup at nose tackle.

While the Broncos consider Purcell’s proving round passed — as evidenced by the second-round tender ($3.25 million) the team placed on the restricted free agent Wednesday — the Highlands Ranch High School product is eager to build off his best professional season.