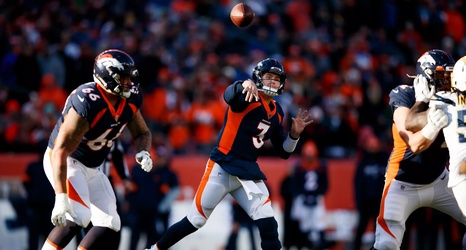 By the time Denver kicked off you probably knew about this, but it’s worth a second to reflect on how big a shift that is. Today marked the end of a 95 consecutive start streak.

I mentioned prior to the game that losing Von would probably crater the Broncos’ pass rush. Through 11 weeks he was a top ten player by individual pass pressures with 36 while no other defensive player had more than 13. Bradley Chubb came into Sunday fourth on the team with nine despite playing in all of four games.

With Miller out of the lineup Jeremiah Attaochu got the start.