Report: Broncos Trying To Trade Mark Sanchez, Will Cut Him Without A Deal 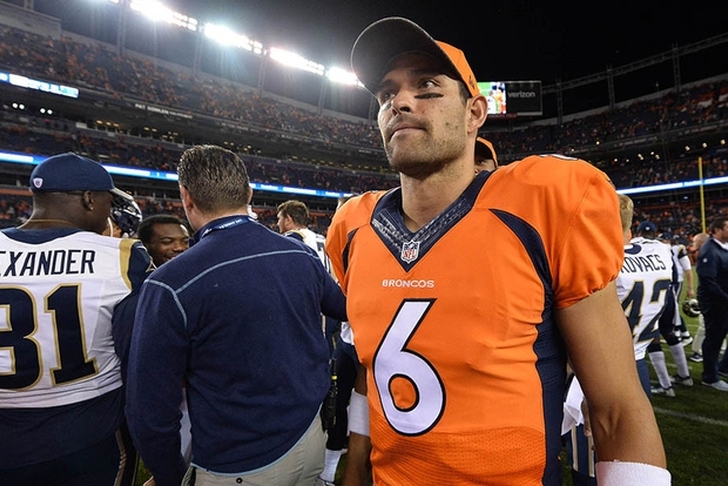 The Denver Broncos named Trevor Siemian the starting quarterback earlier today, and they are now looking to trade Mark Sanchez, according to Pro Football Talk:

Just heard Broncos are trying to trade Mark Sanchez. He could be cut today or tomorrow.

If the Broncos aren't able to trade him by tomorrow at 4:00 pm ET, they will cut him. The NFL requires teams to cut their 90-man roster down to 75 by then. Denver acquired Sanchez from the Eagles in March, sending a conditional draft pick to Philadelphia.

No team is known to be interested in Sanchez, but there could be several suitors. The Cowboys are looking for a backup after Tony Romo's injury, and he had success with the Jets while playing under current Bills head coach Rex Ryan.

The Broncos are expected to bring in T.J. Yates, who played under head coach Gary Kubiak with the Texans, after cutting Sanchez. First-round pick Paxton Lynch is serving as the backup for now, but will likely drop to third-string once they sign Yates.