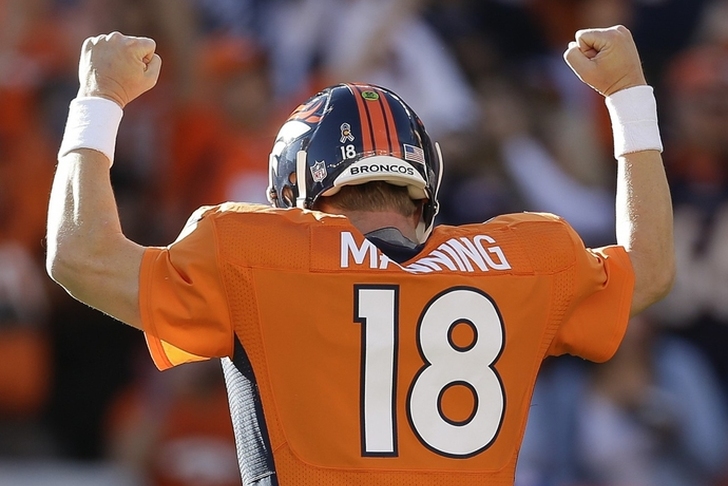 Add another record to the long list of accomplishments Denver Broncos QB Peyton Manning has tallied during his NFL career. Manning broke Brett Favre's career passing yardage mark of 71,838 on Sunday during the first quarter of the team's home game against the AFC West rival Kansas City Chiefs.

Manning threw an interception to rookie defensive back Marcus Peters on his first pass of the game, delaying history and silencing a raucous home crowd for a few minutes. However, he'd make history on the very next drive on a four-yard pass to RB Ronnie Hillman.

Check out the record-setting pass below:

The 39-year-old QB needed just three yards against the Chiefs to set the record after his final pass of the team's 27-24 loss to the Indianapolis Colts last week was intercepted. Indianapolis would run out the final six minutes of last Sunday's game, pushing Manning's record celebration back a week.

The game ball is headed to the Pro Football Hall of Fame in Canton, Ohio. The Hall of Fame will also likely ask Manning for game memorabilia to display alongside the history-making ball.

In addition to displacing Favre as the NFL's career passing yardage leader, if the Broncos beat the Chiefs on Sunday, Manning will also break Brett Favre's career wins record of 186.