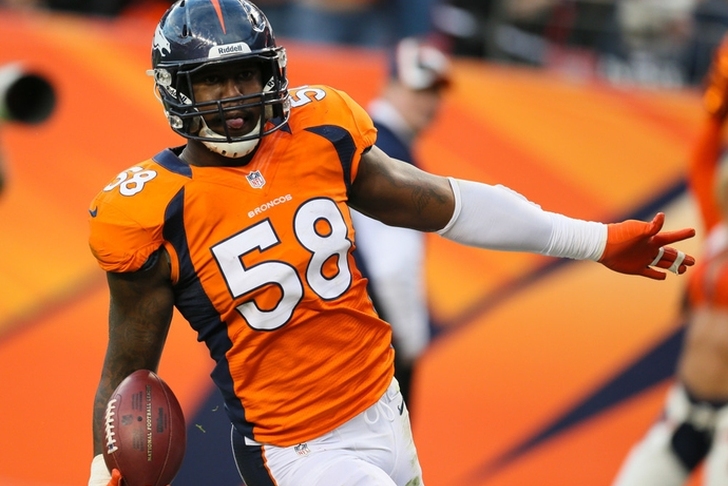 Now, that hostility between the two sides appears to have reached a fever pitch.

Just four days after taking a shot at Broncos GM John Elway on Instagram, Miller took to social media again on Thursday to send another message - he will not be playing this season unless the Broncos give him the long-term deal he's seeking.

"I love my Teammates, Coaches, and My Fans" but there is "No Chance" I play the 2016 season under the Franchise tag.