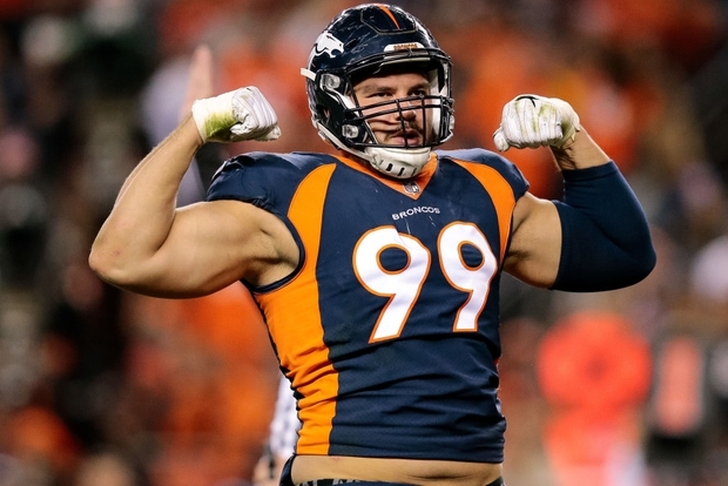 According to The Denver Post, Denver Broncos defensive end Adam Gotsis has been arrested for allegedly raping a woman in 2013 while he was apart of the Georgia Tech football team.

On March 7, Gotsis surrendered at the Fulton County Jail in Atlanta, Georgia on the charge of strong-arm rape according to an Atlanta police incident report.

Gotsis paid his $50,000 bond and was released from prison.  According to the police report, the woman reported the alleged rape on Feb. 1.

The Denver Post received this statement from the Broncos:

“We were recently informed of an investigation into an alleged incident involving Adam Gotsis that occurred in 2013 when he was in college. Our organization was aware of his arrest on March 7, and it is our understanding that no determination has been made at this time as to whether any charges will be filed. The Broncos take an accusation of this nature very seriously and will continue to closely monitor the legal proceedings. This issue was promptly reported to the NFL as soon as we learned of it, and we will remain in communication with the league office regarding this matter.”